No matter what type of skin you have or where in the world you live, there’s a Moisture Surge formula (or five!) that’ll work wonders on your skin. When the first Moisture Surge hydrator hit counters in 1988, it quickly grew to cult status thanks to its addictive gel-cream texture that felt refreshingly lightweight, yet rivaled the moisturization powers of a rich cream. Key ingredients? Hyaluronic acid and activated aloe water help to keep skin continuously hydrated, plumping up fine lines and creating a coveted dewy glow without any signs of stickiness. 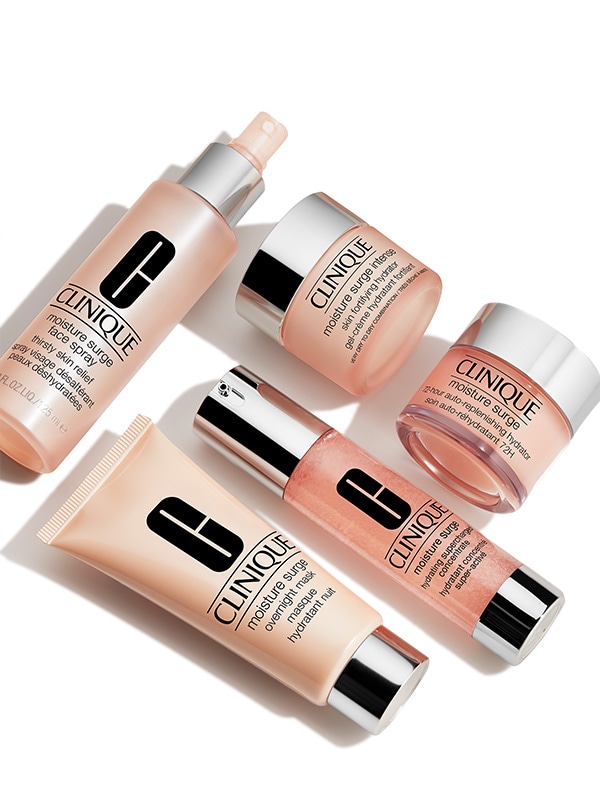 Today, there’s a whole Moisture Surge lineup to choose from. Which one is your must-have? That’s what we asked these five beauty insiders—who all have different skin types and come from all corners of the globe—during our #PinkOasis adventure. Here’s what they swear by. 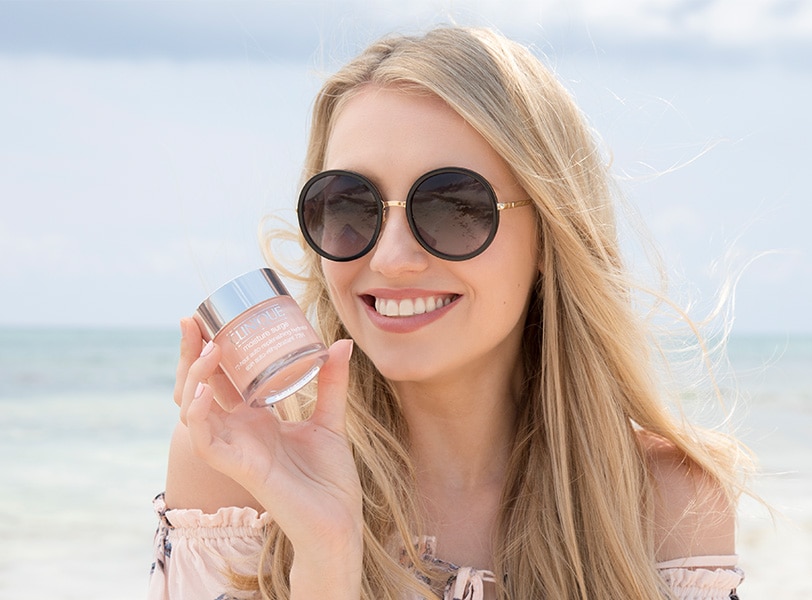 Freddy Cousin-Brown
From: London, United Kingdom
Follow her: @freddy, Freddy My Love
Moisture Surge must-have: Moisture Surge 72-Hour Auto-Replenishing Hydrator
“I don’t know how it keeps your skin hydrated for 72 hours—but it does,” says Freddy. “It has hyaluronic acid in it, so you really get that plumpness in your skin, and it just feels so, so good, especially when you’re in a hot country or traveling on a plane.” Summer
From: Beijing, China
Follow her: @cherryair
Moisture Surge must-have: Moisture Surge Intense Skin Fortifying Hydrator
“I have combination dry skin, which can be tricky to hydrate properly, especially living in Beijing where we have four distinct seasons,” says Summer. “Moisture Surge Intense gives me the perfect balance of hydration all year. In summer, my skin doesn’t feel oily, and in winter, I don’t feel dry.” Another reason she loves it: The lightweight formula preps and primes skin for foundation. 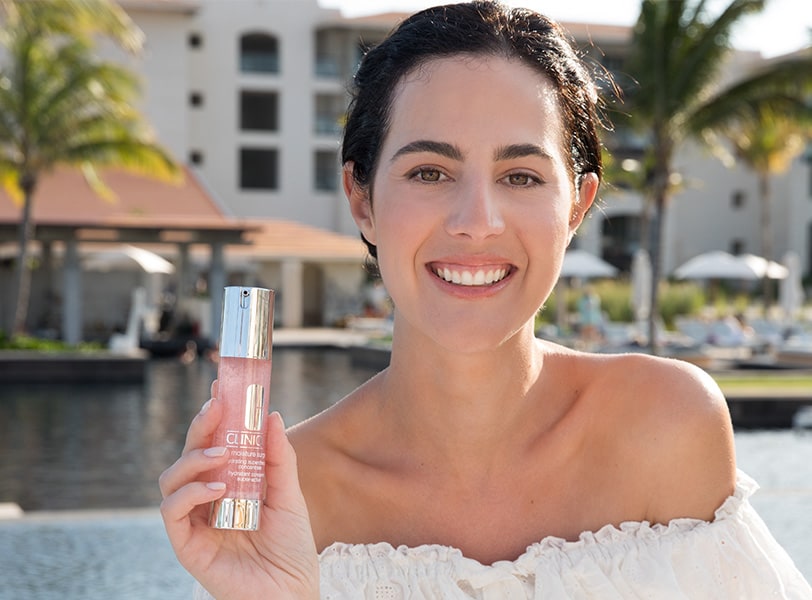 Vic Ceridono
From: São Paolo, Brazil
Follow her: @vicceridono, Dia de Beauté por Vic Ceridono
Moisture Surge must-have: Moisture Surge Hydrating Supercharged Concentrate
“It has a really light texture, but it’s super powerful,” says Vic. “You can wear it all over your face and also I like to rub any extra product left on my hands into my cuticles to give them a little extra love.” 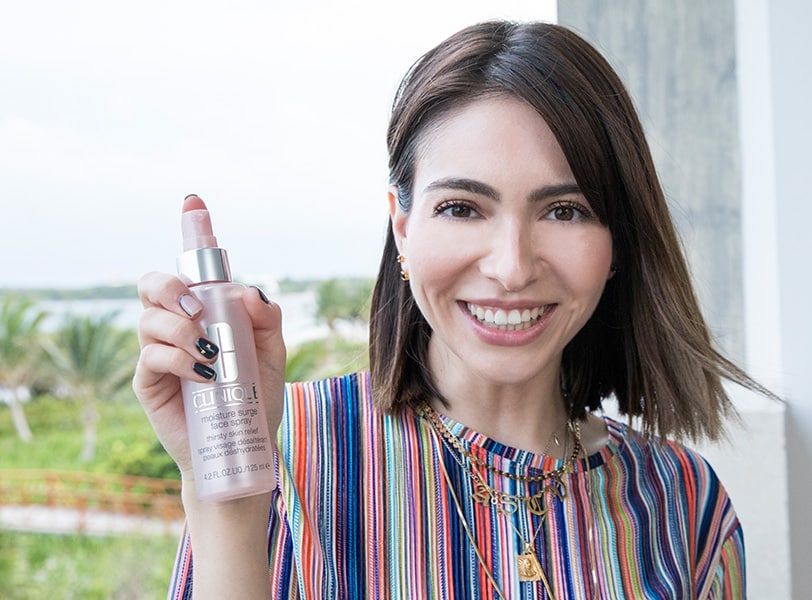 Anna Sarelly
From: Mexico City, Mexico
Follow her: @annasarelly, Anna Sarelly
Moisture Surge must-have: Moisture Surge Face Spray Thirsty Skin Relief
“I have such oily skin, and this spray doesn't leave my skin feeling sticky at all,” says Anna. “When it gets really hot—and Mexico is always hot—I can just spray away.” 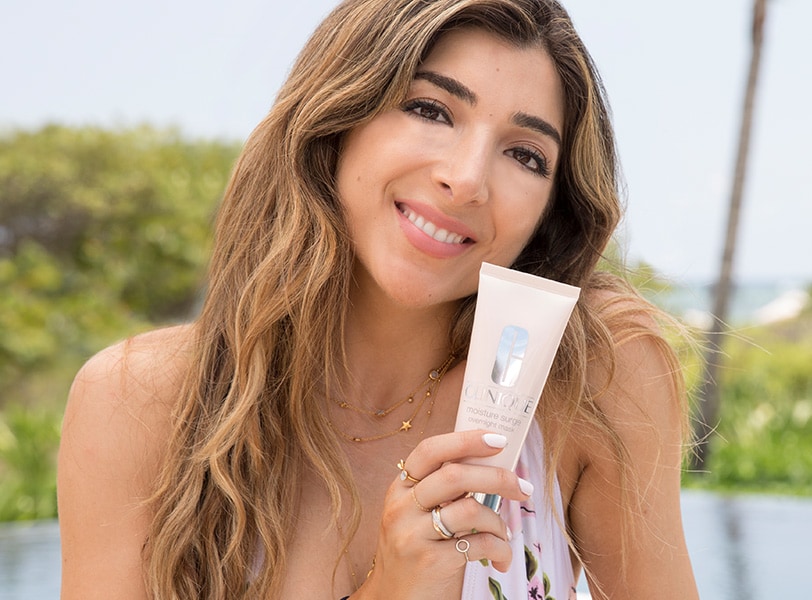 Amelia Liana
From: London, United Kingdom
Follow her: @amelialiana, Amelia Liana
Moisture Surge must-have: Moisture Surge Overnight Mask
“Once a week, after I’ve taken off all of my makeup, I apply a thick layer and head straight to bed,” says Amelia. “The next day, I wake up, and my skin is smooth, super-hydrated, and my makeup applies so seamlessly.”

With five addictive Moisture Surge formulas to choose from, it’s hard to pick a favorite. Check out what these insiders have to say about their #1 desert island-worthy picks.

With five addictive Moisture Surge formulas to choose from, it’s hard to pick a favorite. Check out what these insiders have to say about their #1 desert island-worthy picks.