The Smart Girl's Guide
to Taking Charge of Your Career

The rules of the workplace have changed. Not too long ago, it was all bad pantsuits and punch in, punch out. Now we have portable offices on our smart phones and a 24/7 on button. But maybe most game changing is the idea that you can (and should!) love your job.

Helping to navigate this brave new work world is entrepreneur Kathryn Minshew, co-founder and CEO of The Muse, the go-to destination for all things career, from browsing job listings, to getting personalized counseling and honest advice on your most pressing career concerns (like office emoji etiquette). “Our initial idea of The Muse was, rather than focusing on the job search, let’s look at someone’s career as a holistic experience, and give individuals a trusted and beloved place for everything they’re dealing with in their work life,” says Kathryn. Since launching 5 years ago, The Muse has helped over 50 million people get ahead in their career. 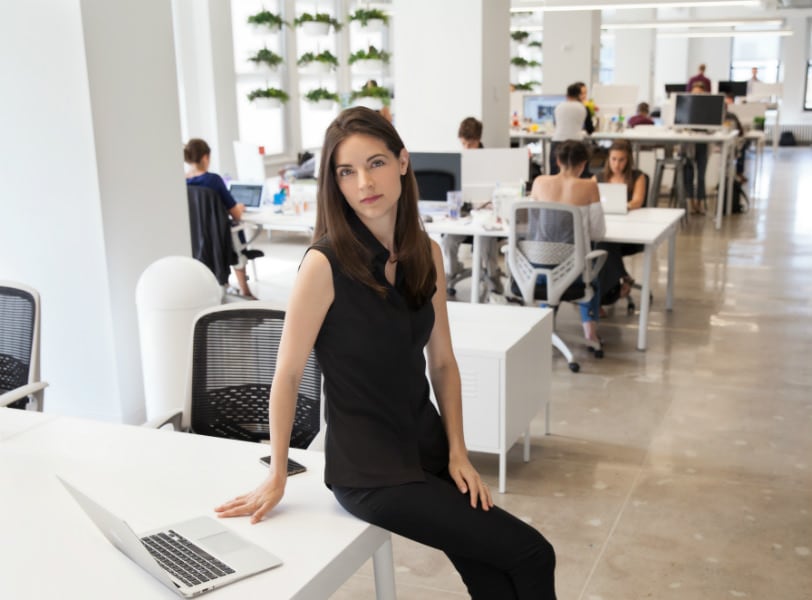 You can bet she has a wealth of kick-ass career advice at the ready. So whether you’re planning your next big move or just need a little instant inspiration, read on and soak up Kathryn’s game plan for a killer career.

Don’t be overwhelmed by figuring out “the rest of your life.”
A really simple mindset change can help alleviate some of the pressure that people put on themselves. “Understand that you do not need to figure out ’the rest of your life,’ just the next few years,” says Kathryn. “Asking someone, especially in the beginning of his or her career, to articulate a singular goal for the rest of their professional trajectory is overwhelming and not realistic. Focusing on what you want out of just the next few years is easier to narrow down your choices,” she says.

You won’t know until you try.
It’s really hard to know what any type of job is going to be like from the outside. “I always thought I wanted to be a secret agent,“ says Kathryn. “I studied French and Turkish and majored in International Relations—I had it all planned out! I was convinced for such a long time that International Diplomacy or Foreign Service was where my career aspirations lay. It wasn’t until I had an internship at the US Embassy in Cyprus that I realized the reality of working in the Foreign Service was very different than the idea of the career path that I had in my head,” she says. 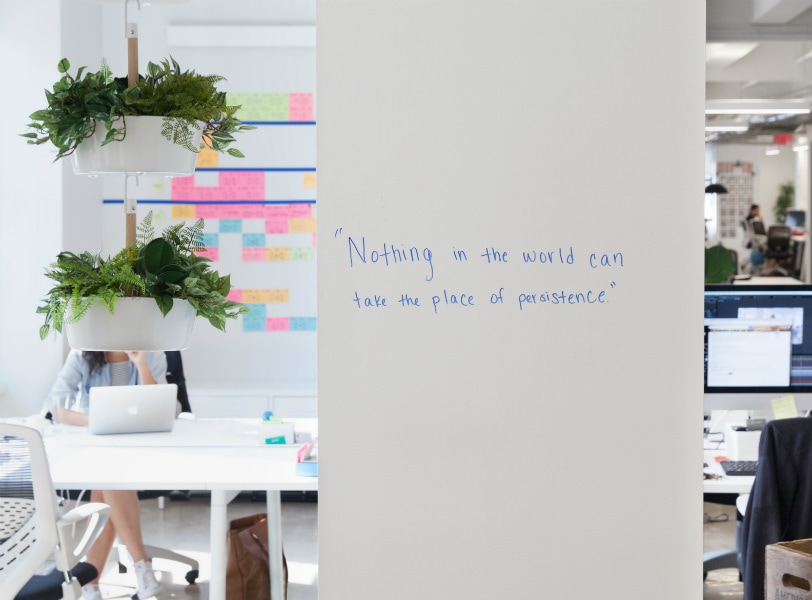 Prepare for your next step thoughtfully.
“If you’re feeling stuck in a dead-end job, it’s not necessarily a bad idea to keep your current position for a month or two while you consider a new career,” advises Kathryn. “Use this time while you’re employed, but actively looking, to go out to coffee, build your network, and go out on informational interviews,” she says. “You’ll get a lot of valuable input that will help you hone your next step. But don’t forget that it’s still important to continue performing at your current job—you may need your coworkers and supervisors as references, and you certainly don’t want to leave on a bad foot.”

Maximize informational interviews.
Reading job descriptions online can only tell you so much. “Consider other forms of information gathering like sitting down with someone who’s in a career path that you think is interesting—especially if it’s outside your current field of work,” says Kathryn. “Make the most of it by doing research ahead of time so you’re not asking them to recite their LinkedIn profile,” she says. Ask questions like: What sort of person wouldn’t be happy in this career path? What are you most excited by or most proud of in your day-to-day? What frustrates you?

Career coaches can give you that extra push.
Don’t know where to begin or can’t figure out your next move? “Career coaching can be a really powerful way to move forward,” says Kathryn. “People may think of it as the ineffective type of coaching they got from a high school guidance counselor, but a really good career coach can be life changing,” she says. “At The Muse, we whittled down over 700 career coaches to under 70—it was a very intense process. But that means every single one of our coaches is the best of the best.” 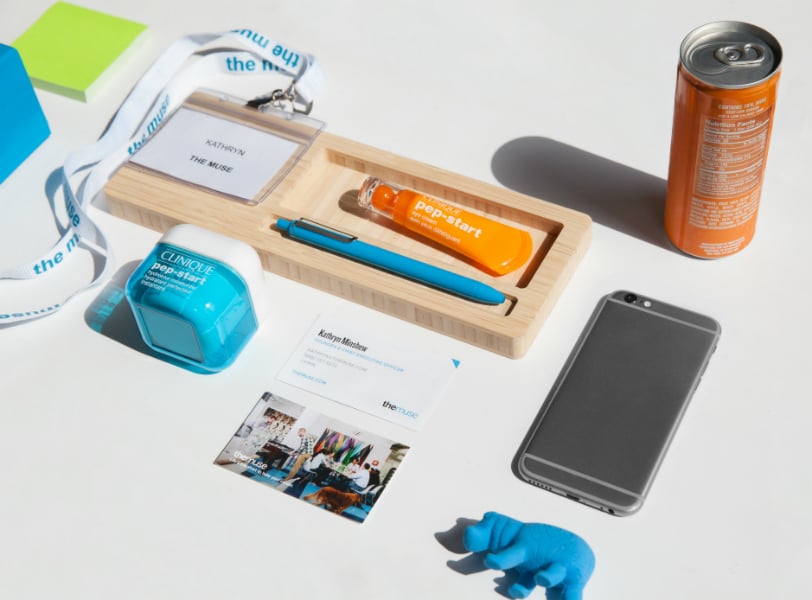 You’re 24/7, so don’t let your beauty routine slow you down.
“My workdays can go from 8am-8pm—I like to say, it’s a marathon, not a sprint—so I keep my beauty routine pretty simple,” says Kathryn. “I often go no makeup at all, just rock well-cleansed, toned and moisturized skin. To simplify things even more, I love a good multi-tasking product like Pep-Start HydroBlur Moisturizer, which preps, primes and mattifys my skin all in one step,” she says. “Just because I leave the office, doesn’t mean my day is over. I’m usually heading to dinner with one of our investors or partners. So to make sure I never look tired—even at the end of the day—I always keep Pep-Start Eye Cream on hand,” says Kathyrn. “I prefer a natural look and feel like anything that I’m wearing is enhancing, but not taking away, from just me being me.” Landing a job is a little like finding a meaningful relationship.
One thing that everybody knows in dating: nobody wants to go out with the person who just wants anybody. “People want someone who is really interested in them, and it’s similar with finding a job. No company wants somebody who is just willing to take a job, any job,” says Kathryn. “They’re much, much more interested in an individual who has made a specific case for why this job or this company.”

When it comes to cover letters, quality over quantity.
“I find that a lot of people, recent grads and experienced professionals alike, will sometimes resort to a spray and pray approach where they’re just applying to anything and everything,” says Kathryn. “Having fewer, more tailored applications is substantially more effective than having tens or even hundreds of poorly tailored applications,” she says.

Ask for a raise with confidence.
“It’s easier said than done,” admits Kathryn. “I myself have thrown up in the bathroom after I asked for a raise the first time (needless to say, I did not get the raise),” she says. If you don’t believe that you deserve a raise or a promotion, you won’t be able to convince someone else that you do. “Plan out what you’re going to say ahead of time and rehearse it out loud. The more that you prep for it, the calmer you’ll be,” says Kathryn. “Be able to cite specific, concrete instances and projects where you’ve over performed or made an improvement to the company’s bottom line—whatever the numbers are that matter. Many companies don’t always give raises for just doing your job. They want to see that you went above and beyond and took initiative or that you drove measurable results,” she says. And if you need a little extra boost, some power posing never hurts.

Negotiate creatively.
If your company isn’t able give you a raise for whatever reason, there may be other things you can negotiate for instead. “For example, they may be able to give additional vacation time, flexible working hours, or even additional budget specifically allocated for classes, conferences and professional development programs,” says Kathryn. “I have one colleague who was successfully able to negotiate for a $5,000 conference attendance and travel budget because she wasn’t able to get a raise due to company policy.”

Work smarter, not harder.
“I try to protect my most productive hours with calendar blocking. I literally put a meeting with myself on my calendar during the hours that I know I’m most naturally productive,” says Kathryn. “Then I’ll stack meetings during the hours when I know I have a harder time focusing.”